Michael Zorner has been the Director of Music Ministry since 2001. He directs the parish's choirs and plays the piano/organ and guitar at various masses each weekend. He is a member of the National Association of Pastoral Musicians and has served in various positions on the NPM Trenton Board including Monmouth County Representative, Director of Hospitality, and most recently, Chapter Director for 4 years. Mike has performed with many prominent liturgical musicians around the country including Grayson Warren Brown at the NPM Convention in Indianapolis, John Angotti at Carnegie Hall, NYC, and Tom Kendzia and David Haas at St. Anselm Church. He had the honor of conducting the parish choir and musicians along with David Haas in his concert at St. Anselm's in November 2018. Mike is a contributor to "The Sunday Website at Saint Louis University," where he shares musical suggestions for the liturgical year.

Mike has a B.A. in Music Education from Montclair State University and teaches kindergarten through 3rd grade music in the Sayreville Public Schools and specializes in early childhood music education. He lives in Tinton Falls with his wife and daughters. 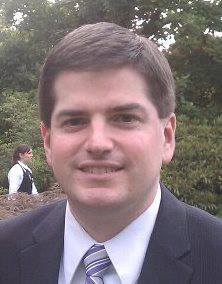